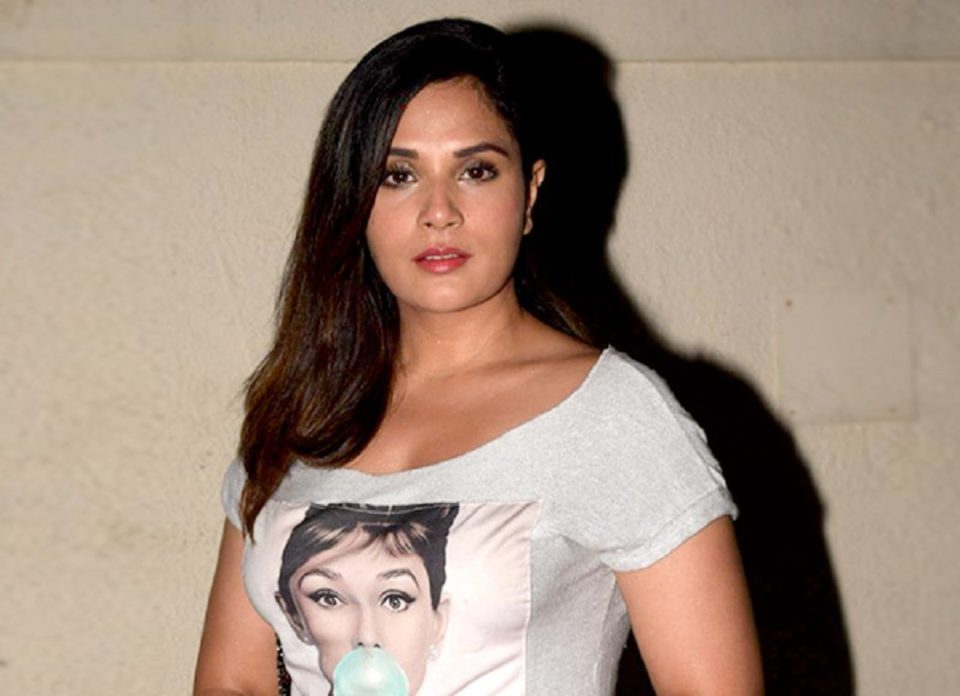 Throughout the midst of COVID-19’s second wave, Bollywood actress Richa Chadha has launched a new community-based project called ‘The KINDry,’ that seeks to commemorate common people conducting remarkable things. ‘The KINDry’ is an Instagram-based social media approach that Richa initiated upon being motivated by a viral story last month about a thief having returned stolen medicines with something like a simple note apologizing and saying that he did not know that those were Corona medicines.

Several Bollywood celebrities are stepping forward to help those in need amid the seething second wave of the pandemic, COVID-19. Many people are doing their part to raise awareness and encourage people to stay at home and stay safe, while others are aggressively sharing posts on social media regarding hospital beds, medications, oxygen cylinders, and injections.

Richa was encouraged to begin this initiative only with help of Krishan Jagota, a friend of the family, designer, and also the co-founder of ‘The KINDry’ as well as Fluid’s community head. She went on to say more about a new initiative that they shall start small but also hope to grow or strengthen existing communities. The goal is to honor the kindest souls who are only mentioned in passing. Whilst also responding to SOS requests on social media, she realized that everyday people are working around the clock to get life-saving drugs, beds, and oxygen for someone they have never met.

Richa concluded by describing how people were coming together just to help each other through the second wave of COVID was riskier. They also said that they have seen a wholly bipartisan effort, where people have momentarily overlooked even their ideological differences and ended up coming through to support each other. This gives us hope, and we want to share these real-life optimistic stories with others. To alleviate the pain of actual news, we all must intentionally enhance the good. The kindness of random people alone will get us out of this period.

So several people have been afflicted by the second wave of COVID-19, and indeed the number of COVID-19 positive cases has already been increasing rapidly. In Bollywood, a slew of celebrities, including Manish Malhotra, Vicky Kaushal, and Ranbir Kapoor, became infected in a matter of a few weeks. Previously, the virus infected Amitabh Bachchan, Abhishek Bachchan, Arjun Kapoor, Malaika Arora, and many others.

Furthermore, Richa was most recently seen in the film ‘Madam Chief Minister,’ and she recently debuted her production company, ‘Girls Will Be Girls,’ alongside her partner and actor Ali Fazal. She would then be seen in Tigmanshu Dhulia’s new series ‘Six Suspects,’ opposite Pratik Gandhi of ‘Scam 1992’ fame.

The KINDry would not be about fluffy pink clouds or unicorns like one would think, but instead just about real-life events that are not getting the attention they need. The goal is to honor unsung heroes who are barely mentioned in passing is what Richa said in an interview.

Richa Chadha has however launched a new Instagram page titled ‘The Kindry’ to disseminate happiness and acknowledge the hard work and bravery of all COVID-19 soldiers, volunteers, and ordinary people throughout these challenging times. The goal of the page is to build a community of ordinary heroes and also to appreciate them by positively promoting their tales. The Kindry will feature a variety of live sessions, talks, and encounters with these daily heroes, along with influencers or other famous individuals who already have volunteered for humanity’s purpose.

Richa also adds that they hope to help seek solace in a pent-up community of people through ‘The Kindry’. They believe they can build a community of compassionate individuals who are eager to share experiences and aid one another by elevating stories of heroism and altruism and honoring real heroes via social media lives, interviews, and some other content on the website.

Aside from all of that, they would like to produce content like short films, movies, music, and podcasts that inspires empathy in people all around the world, not only Indians. She thinks that this will lead to a culture where people are encouraged to be kind to each other throughout all times.