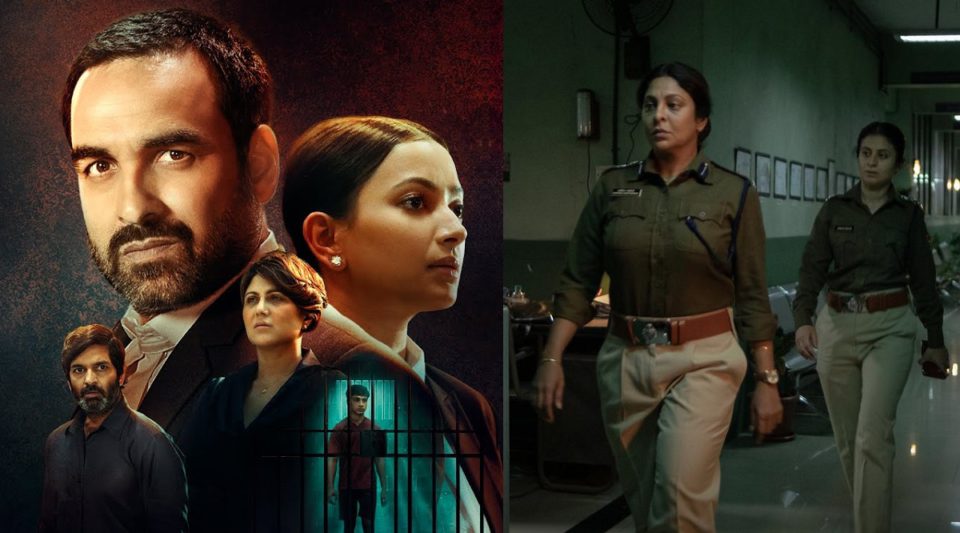 After the recent Boycott Bollywood trend, theatrical releases are likely to get tough competition in the Indian entertainment industry. However, OTT platforms have released some big series and movies this weekend such as Criminal Justice and Delhi Crime. There have been several international web series releases in August, such as the House of Dragons, but Indian web series have also been gaining a lot of attention. In case you are unable to decide upon which one to watch first of the two, read a brief review of both the action-packed Indian web series once you have refilled your OTT packages.

Criminal Justice directed by Rohan Sippy streamed on Disney + Hotstar on 26th August. This is the third season of the web series named Criminal Justice: Adhura Sach which stars a popular actor, Pankaj Tripathi. All the supporting star casts add glamour to the show alongside thrilling content. Pankaj Tripathi aka. Madhav Mishra is back again with a tough case and talks about the trappings of the Indian criminal justice system.

Adhura Sach is a murder mystery that revolves around the sad demise of a popular child actor named Zara Ahuja. Her minor stepbrother Mukul is been accused of the murder but his mother is not convinced about it. She, therefore, asks Madhav Mishra for help. Watch Adhura Sach to know how Madhav Mishra manages to unravel the mystery while challenging public prosecutor Shweta Basu Prasad. The accused in the series is a minor who is sent to a juvenile home. This reveals how the juvenile justice system in India works, its shortcomings and trappings.

Although Adhura Sach depicts various legalities and formalities that happen in real life, the show seems to be a bit confusing at times. In the first two seasons, we were aware of the shortcomings of the legal system in India and how victims get accused. Although a similar form of track is shown in the third season, it is more overshadowed by the traditional mystery track. The show makers forgot about their major USP that helps it stand out from the other mystery web series on the OTT platform.

Pankaj Tripathi is the life of the show for the earlier two seasons but he seems to withdraw by now. Perhaps, his part seems to have been written simply where the character is repetitive and the role played by Pankaj fails to offer anything new. Though, he did his job well and makes Madhav Mishra the man whom you would believe during tough times. He is not just charming and easy to go but also witty and crisp.

Shweta Basu Prasad, on the other side, did justice to her role. She holds her courtroom sessions gloriously but the accused mother Swastika Mukherjee steals the show. Her performance as a helpless mother is outstanding while Aditya Gupta, the accused victim seems to have a promising future.  Overall, the show is somehow disjointed in many places and fails to depict the true Gen Z portrayal despite showing many young actors. But the legalities and facts around the juvenile legal system and treatment are good. All the scenes seem to be accurate and sensitive, although a bit dramatic sometimes.

While Criminal Justice has more courtroom sessions, Delhi Crime is about intense police procedural set-up that carves out for the women police officers. Directed by Tanuj Chopra and created by Richie Mehta, Delhi Crime season 2 is about the systematic bias of police against minority communities that slowly turns to be a routine mystery.

In the lead role, Shefali Shah holds the entire web series together once again with an imposing performance capturing the persistence of a Delhi police officer having limited resources at her disposal. Vartika never loses her grace even though she is under fire and Shefali did justice to her role by keeping her values and pride aside. Rasika Duggal and Rajesh Tailang have also worked excellently starting from the series’ first season. Though, the main highlights of Delhi Crime season 2 seem to be Saurabh Bharadwaj and Anurag Arora playing SHO Subhash Gupta and Sub-inspector Jairaj Singh.

The role of Bharadwaj is so promising that you will forget that he is a fake policeman in real. He remains in his character the entire time and so did Anurag who does not mind stretching the rules a bit to survive his job profile. Rasika’s domestic blues somehow affect her professional career but can prove relatable even though it becomes predictable at times. And then, we have an abusive grandmother who is an accomplice in crime, a celebrity lawyer standing for tribal rights, and a hairdresser seeking a pound of flesh for her customer among other characteristics making you thrilled and disturbed at the same time.

Unlike the first season, Delhi Crime season 2 shows excessive use of English terms by Vartika when she converses with her team members. In a critical scene she asks her subordinate, ‘are we falling short?’. Although there is no harm in using English terms, what does the writer wants from it? Whether it was for addressing an international audience or reflecting the high ranks of Vartika, the atmosphere seemed too unnatural for real life. The system also looks very organized and sanitized which you must have not seen at a police organization. It is also hard to believe that all the junior officers never question Vartika’s style of working nor did they try to bypass her to become superior.

Season 2 has many questions centred around the criminal system and why they are on the rise. The expressions and feelings of Shefali are brilliantly captured, and the audience wants more. This five-episode thrilling mystery will surely make you believe Shefali Shah as a haunting officer with long and hard looks. In actuality, this is the extent of Delhi Crime’s demands to make Delhi Police answerable for its excesses. At best, the series’ stance on the sensitive subject of custodial violence which is used both openly and cunningly throughout the season, is equivocal.