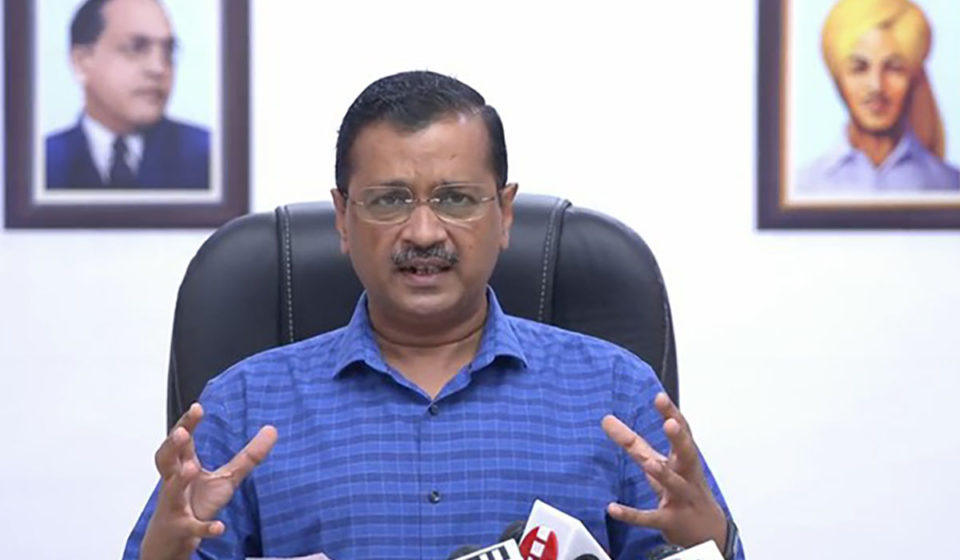 Delhi chief minister Arvind Kejriwal made an appeal to the central Government on Wednesday to include pictures of lord Ganesh and goddess Lakshmi on fresh currency notes along with Mahatma Gandhi to bring prosperity to the nation.

“On Indian currency there is a photo of Gandhi ji, let that be. On the other side, a photo of Shri Ganesh Ji and Lakshmi ji should be added. As I said we must make a lot of effort to improve the economic situation of our country. Our efforts bear fruit when we have the blessings of Gods and Goddesses. The whole country will get blessings if on currency notes, there is a photo of Ganesh Ji and Lakshmi ji on one side and Gandhi ji on other side” said Kejriwal in a press conference.

When asked about his idea of new currency notes, he said it came to his mind while doing Diwali pooja at his house. Kejriwal also mentioned that he was not asking for a change in currency notes but was requesting for new notes to include images of Lakshmi and Ganesh. By giving an example of Indonesia, he said “Indonesia is a Muslim country, 85% of their population is Muslim and only 2% is Hindu. Still, they have a pic of Lord Ganesh on their currency. I think this is an important step that the Central government should take.”

(Lord Ganesh is etched on the 20,000 Indonesian rupiah)

CM Arvind Kejriwal further mentioned that he would soon write to Prime Minister Modi with his request about the same.

Human Foods That Are Bad for Your Dog