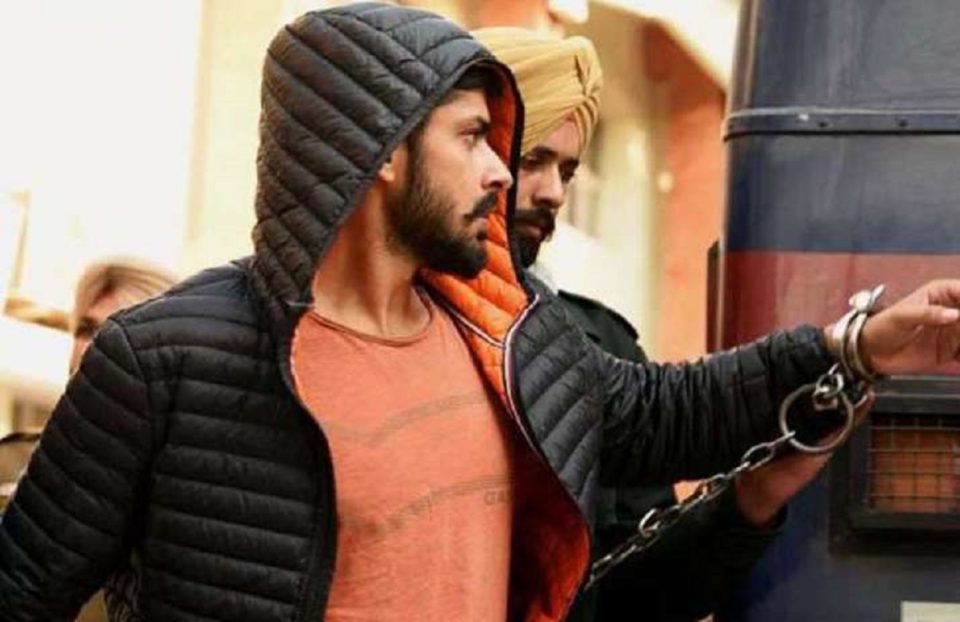 The gangster who killed a Punjabi singer Sidhu Moose Wala on 29th May 2022 threatened to kill Salman Khan back in 2018. Today, Salim Khan’s guard found an unsigned letter in which a few words were scribbled stating, “tumhara Moose Wala kar denge (you will end up like Moose Wala),”. The letter was kept near Khan’s Bandra Bandstand home in Mumbai which was addressed to the Bollywood actor Salman Khan and his father. According to a news report, jailed gangster Lawrence Bishnoi is been questioned about the content of the letter and the threat left near Salman Khan’s residence where Salim Khan sat every day after jogging in the morning.

The letter threatened that the two will be killed just like they had killed Sidhu Moose Wala last month. Goldy Brar, a Canada based gangster took responsibility for the murder, as posted in one of his Facebook posts. The letter which was written in Hindi had two initials L.B and G.B which can either mean Lawrence Bishnoi or Goldy Brar who are currently in special cell custody. It can also be some kind of mischief used by others or a threat made by the two renowned gangsters.

Meanwhile, the Khans have been provided with special security while police authorities are trying to find the clues through CCTV footage outside Salman Khan’s home. Back in 2011, Lawrence Bishnoi had planned an attack on the Khans during the movie shooting for ‘Ready’. Luckily, it failed due to issues in killing weapons. Another gangster Naresh Shetty was allocated the task to kill an actor at that time. Although Lawrence Bishnoi had admitted that his gang members had a part in killing Moose Wala, Delhi Police found that he was the strong rival of Moose Wala but not the killer.

Who is Lawrence Bishnoi?

Lawrence Bishnoi is a man who has a well-groomed beard, a moustache and dark black eyes. Punjab is Lawrence Bishnoi’s home state and his father is a well-to-do farmer. He is the one accused of killing a Punjabi singer and one of the Congress leaders. The 31 years old gangster is believed to lead a gang comprising 700 members who are involved in extortion and murder cases. The members are spread across states like Punjab, Himachal Pradesh, Rajasthan and Delhi. He is the man who had more recently helped Shagan Preet fee the country.

When Sidhu Moose Wala was shot dead while driving his car in Punjab’s Mansa district, a Canada based killer took entire responsibility for the murder. The post claimed that they murdered Moose Wala to avenge the death of Goldy Brar’s brother Gurlal Brar and Middukhera in Chandigarh in 2020.

How did Lawrence Bishnoi excel in student politics?

For his studies, Bishnoi was sent to a prominent missionary school in Abohar. He attended the school until class 10 and then went to Chandigarh for higher education. He completed 11 and 12 from Chandigarh’s DAV college and showed fine interest in athletics, particularly in 1500 metre race. It was the time when he was studying law at Punjab University that he met Sampat Nehra who became his close ally.

The Punjab police have even questioned Nehra concerning the Moose Wala murder case. Nehra was a student of Chandigarh’s Khalsa College and would visit Punjab University grounds for sports training. Here, he met another Moose Wala case suspect named Kala Rana. In 2018, Lawrence Bishnoi and Nehra threatened Salman Khan in a 1998 case where he along with a few of his friends were accused of killing two blackbucks in Rajasthan. The Bishnoi clan worship blackbuck and the animal is sacred to them.

When Bishnoi was in the university, he took an active part in students’ politics. He was elected as the president of the Student Organization of Punjab University formed by the students between 2011 and 2012. This was the time when Bishnoi got involved with the mafia and entered the criminal world. He met another close associate named Brar during this period.

Sources claim that Lawrence Bishnoi had run-ins with the law when he was involved in students’ politics. He was even sent to jail during that time. Delhi police said, “He made contacts with other local criminals and understood the importance of networking. He wanted to be the undisputed leader of the nexus running from Rajasthan, Punjab, Haryana, and Chandigarh,”.

Bishnoi’s criminal activities geared when he allegedly shot Brar’s rival candidate in 2008 during the PU student body elections. He was arrested for an attempt to murder and was granted bail after two months in custody. When he was in jail, he befriended Ranjit Dupla who is an arms dealer based in the US. He is believed to supply all sophisticated guns to Bishnoi. Within months of his release on bail, he was again arrested for shooting at the brother of the winning candidate to avenge Brar’s defeat.

When he lost the 2010 PU body elections 2010, Bishnoi along with his friends assaulted the winning person. He and his friends surrendered after 10 days but were granted bail after a fortnight. Although he left PU in 2012, he still controlled the student election and ensured that only his gang members got selected for elections.

Over time, Bishnoi’s visits to jail increased. He and his associates, along with Goldy Brar killed one rival of his cousin’s friend who took part in Ludhiana Municipal Corporation polls in 2014. This was the time when Bishnoi showed interest in the liquor trade. In 2015 January, eight of the Bishnoi gang members helped him flee from the police custody when he was been taken to the jail in Punjab’s Ropar for a hearing. In March 2015, he was arrested by Faridkot Police for possessing some foreign weapons. Bishnoi was then accused of making extortion calls while on jail premises.

How did Lawrence Bishnoi manage crimes despite tight security around him?

According to Delhi Police, the Bishnoi network grew when he was in jail. Sources say that “Bishnoi would call up his associates outside the prison to order hits on rivals, demand ransom from musicians and sports personalities, and make plans to escape [from jail] for some of his friends,”. In 2019, he was found using a cell phone in Bharatpur jail when a property dealer named Rajveer alias Sonu Shah was murdered.

In 2021, Bishnoi was lodged in Tihar and arrested by Delhi Police for a crime reported by the Maharashtra Control of Organised Crime Act case. Even after the case, he remained in contact with the mafia world. Sources claim that he and his associates used Voice over Internet Protocol to make phone calls over the internet. They use such communication technology to connect with associates staying in countries like Armenia, the UK and Canada to send and take orders. This makes difficult for the Indian agencies to trace the servers which are based outside the country.