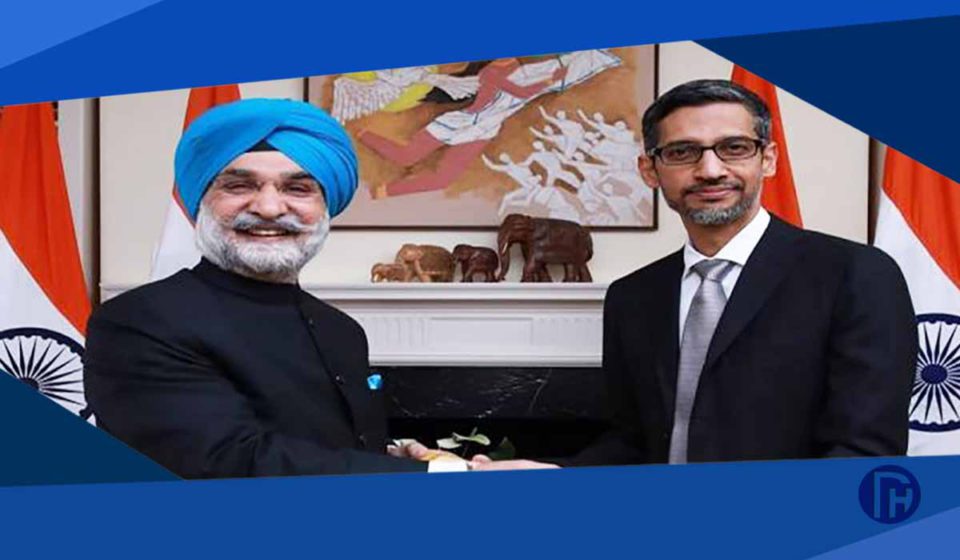 Google CEO Sundar Pichai has been handed over the Padma Bhushan on Friday in San Francisco by Taranjit Singh Sandhu, the Ambassador of India to the United States.

Pichai was announced as the recipients of Padma Bhushan on the eve of Republic Day under the Trade and Industry category. He shared his thoughts on receiving the award in a note. The Padma Bhushan is India’s third-highest civilian award.

Taranjit Singh Sandhu took to Twitter and wrote “It was an immense honor to receive the Padma Bhushan, and to have my family there with me today. Grateful to the Indian government and the people of India.”

Pichai received the award in presence of his close family members on Friday.

“Prime Minister Modi’s Digital India vision has certainly been an accelerator for that progress, and I’m proud that Google continues to invest in India, partnering with governments, businesses and communities over two transformative decades” Pichai said in his note.

“Earlier this year, we added 24 new languages to Google Translate using a new advancement in machine learning. Eight of them are languages native to India,” Google CEO Sundar Pichai said.