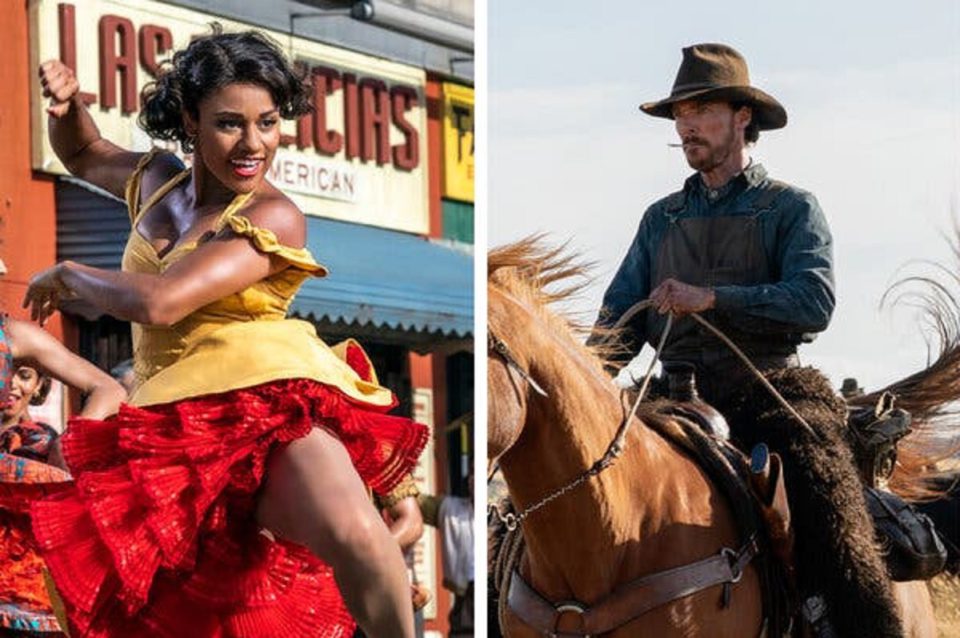 The nominations for the 2022 Oscars have finally arrived after short award seasons. The nominations released this week by Leslie Jordan and Tracee Ellis Ross guarantees 10 best picture nominees amongst which, one will be the winner for 2021. Now, we just need to wait for the final results on 27th March. As of now, know more about the nominated movies that can potentially win the best picture award in Oscar 2022.

Kenneth Branagh’s ‘Belfast’ is one of his films that have universal resonance. This movie nominated under the best picture category reveals chaos and violence in Northern Ireland. However, we view the issue with the eyes of a nine-year-old boy who is innocent, gentle and surrounded by black-and-white colours. Branagh is a film that can be called both ambitious and intimate. This balance is maintained by the film writer and director who attempts to pull off and succeed to a great extent. The family shows although have some health issues, outdoor toilet problems and fiscal deficit, this is no Ken Loach-style deprivation. Rather in the streets, glamour and grit go hand-in-hand.

Written and directed by Sian Heder, made Tallulah in 2016 that released on Netflix which was based on a homeless kid who kidnaps a baby as she believed that the kid needed to escape from an irresponsible mother. She again slices off life pieces in CODA and manages to create pressure. The plot, which replaces the looming deadline with a softer tone, illustrates both the obstacles of raising ethnically Deaf children and the need to look past impairments to understand life’s universal trials. CODA is genuine, empathetic, and amusing, keeping humans even as it rips at the emotions. Heder maintains no sociological barrier between her camera and the characters, ensuring that the picture never “others” the Deaf people while also demonstrating how much we depend on hearing for simple activities.

‘Don’t Look Up’ is a 138-minute journey of what we may call a cultural-political awareness ecology through which big events are processed by numerous conflicting interests.  Kate Dibiasky (Jennifer Lawrence), an astronomy student, discovers an unnamed comet at the start of the film. What begins as a thrilling discovery for a young astronomer soon turns into despair as she and her professor, Rd. Randall Mindy, played by Leonardo DiCaprio estimate the comet’s path and discover that it is in the meeting path with Earth.

‘Drive My Car’ is one of the Oscar-nominated movies which has been well-reviewed in 2021. The movie is about a widowed theatre director who grows close to a young lady hired for driving him for rehearsals. The movie is directed by Ryusuke Hamaguchi and is adapted from a story by Haruki Murakami. Last year, the movie gained many critics awards including the best international feature Oscar. Mike Katzif provided the sound in the movie, and Jessica Reedy edited it. The storyline is about a haunting road travelling a path of loss, peace, love and acceptance. The movie won three awards at Cannes Film Festival 2021.

‘Dune’ is a sci-fi fantasy that can be matched with epics ‘The Lord of the Rings’ to a great extent. The film is based on a novel written by Frank Herbert in 1965 that was the base of the movie released in 1984 and a miniseries in 2000. Another adaption of the same novel is ‘Dune’ 2022 which stars Timothée Chalamet, Zendaya, Jason Momoa, Oscar Isaac, Josh Brolin, among others. While Dune may not have a perfect story as in the novel, it is equally enthralling and awe-inspiring which made it nominated for Oscars 2022 in the best pictures category.

‘King Richard’ hit the sweet and sour notes of both genres excellently, as it is based half on biopics and half on sports. The movie can either prove a warning signal or an invitation to you. In a general way, King Richard is a film about the development of Venus and Serena. It gets through a depiction of the father who has been, in many respects, congruent with the guy we meet in that autobiography — consistent with the stories he’s told about himself, as opposed to the tales talked about him in the press during his prime as a pain in the side of the tennis world. It’s a depiction intent on keeping us aware of the great disparity between such images and on persuading us to see this individual from both perspectives. As a result, we are given an equally touching and funny portrayal of Williams the hardworking family guy on the one hand, and Williams the father figure on the other.

Cooper Hoffman, son of longstanding PTA collaborator Philip Seymour Hoffman, stars in Licorice Pizza, alongside Alana Haim, Uncut Gems co-director Benny Safdie, and others. As with most of the Paul Thomas Anderson films, Licorice Pizza appears to be more focused on the vibrations of a time, location, and mood than with a definite narrative. Alana Haim plays Alana, while Cooper Hoffman plays Gary in the film. This is both actors’ debut film, and they absolutely killed it. They both offer exceptional and down-to-earth performances throughout the film, all while playing with and against one other. They have a common agreement since they know just what buttons to push in order to irritate one other.

Guillermo del Toro’s Nightmare Alley, based on the 1946 novel by William Leslie Graham and earlier adapted in 1947 by director Edmund Goulding, seems at first to be a deviation for one of cinema’s most known monster lovers. “Nightmare Alley” revolves around a carnival magician, performed by Bradley Cooper, who seeks to profit by manipulating his audience. After he joins up with a doctor (Cate Blanchett) to scam a wealthy but dangerous guy, the two put their lives at risk for a large sum of money. Moody lighting and dramatic layouts are clearly inspired by classic film noir, such as black and white crime films. The Academy Award-winning director is most renowned for dark fantasy, but “Nightmare Alley” foregoes otherworldly shocks in favour of a more grounded look at very human atrocities.

The Power of the Dog

‘The Power of the Dog’ is a horror film. For awe-inspiring, philosophical landscapes, cinematographer Ari Wegner (Lady Macbeth, Zola) uses long lenses to depict the hillsides in as much depth as the foreground figures. Jonny Greenwood’s mesmerizing soundtrack is almost terrifying. The action takes set in a remote area of Montana, where the West seems to be a vibrant mythos. Cars are concentrated in urban areas, but not here. Courts and law enforcement officers are never visible. The long hour’s men labour, the homosocial relationships couples share, and what they can teach one another about life, girls, and livestock are all important in this world.

‘West Side Story’ directed by Academy Award winner Steven Spielberg and based on a script by Pulitzer Prize and Tony Award winner Tony Kushner, depicts the timeless storey of strong rivalry and youthful love in 1957.  This movie nominated for Oscar 2020 is a heartfelt tribute to an American movie classic, a beautifully hued and powerfully choreographed musical that differs from the previous versions. Its increased realism, modern relevance, and flexibility of spatial dimensions and image quality release it from what Jerome Robbins had envisioned for theatre and television. Nevertheless, it seems impossible to connect compellingly with the picture in the same manner that one connected with Leonardo DiCaprio and Claire Danes in Baz Luhrmann’s psychedelic adaptation of William Shakespeare’s Romeo and Juliet (1996).

How Can You Get Air Tickets at a Cheap Price in India?