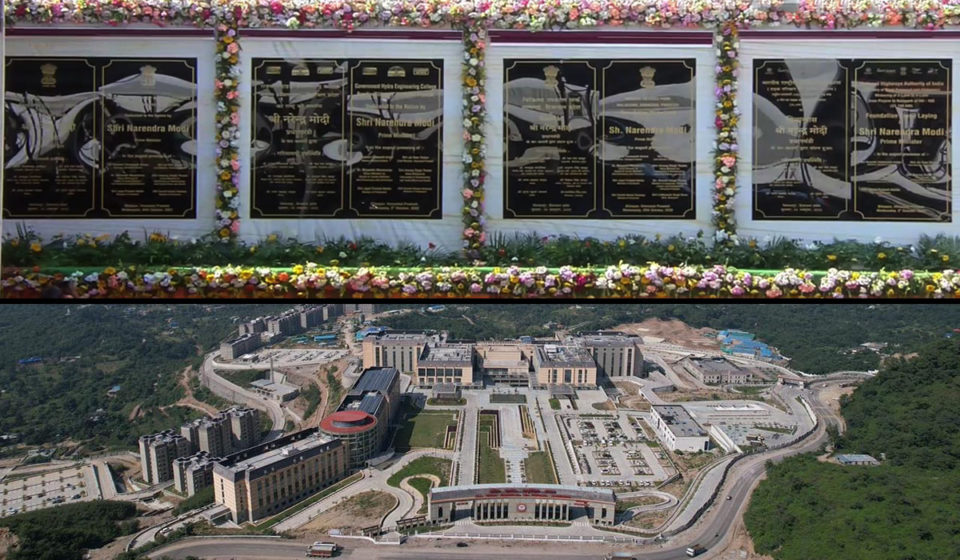 On Wednesday, Prime Minister Narendra Modi inaugurated the All India Institute of Medical Sciences (AIIMS) in Himachal Pradesh’s Bilaspur. In his address, PM Modi said that the hospital will be called the ‘Green Hospital’.

“In the last 8 years, we have worked relentlessly on ensuring that the development benefits reach the remotest parts of the country. AIIMS Bilaspur not just increases access to affordable healthcare but is eco-friendly as well and thus will be known as ‘Green AIIMS’,” PM Modi said in his speech in Bilaspur.

Later, PM Modi in his speech said, “The development projects inaugurated today on the occasion of #Vijayadashami2022 will play an imp role in achieving the vision of a developed India by following the ‘Panch Pran’. Today, Bilaspur has got the double gift of education & medical facilities.”

In addition, he credited development in the state to the BJP: “Development in Himachal Pradesh possible as people have voted BJP to power both at Centre and in state.”

AIIMS Bilaspur is a state-of-the-art hospital with 18 speciality and 17 super speciality departments, 18 modular operation theatres and 750 beds with 64 ICU beds, that has been constructed at a cost of more than Rs 1,470 crores.

PM Modi laid emphasis on the promotion of medical tourism in Himachal in order to attract people from across the world to come to India and visit Himachal for its holistic healing aided by top-class health facilities and a healthy and beautiful environment.