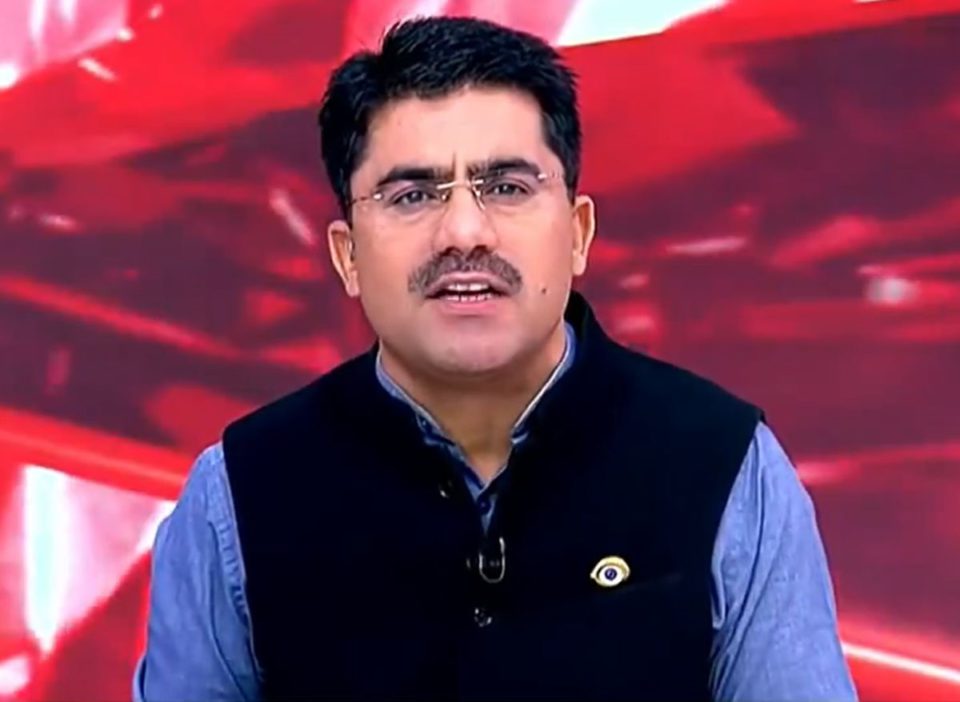 Rohit Sardana was a popular television news anchor and a charismatic person who worked for Zee News for many years. In 2017, he joined AajTak and was featured in a popular show named ‘Dangal’. He organized debate panels and interviewed famous celebrities, politicians and business personalities. In 2018, Rohit Sardana was awarded Ganesh Shankar Vidyarthi Award by the Indian government

Unfortunately, this 41-year-old television journalist died due to cardiac arrest on 30th April 2021, a few days after he was found positive for coronavirus. When he died, Sardana was the executive editor and TV news anchor for the AajTak channel belonging to the India Today Group. He was happily married to Pramila Dixit and the couple was blessed with two daughters.

After facing a cardiac arrest, he was admitted to a private hospital. Though, he could not survive. His last rites took place in his Kurukshetra’s hometown in Haryana. AajTak team tweeted, “We are all shocked by the death of our colleague and friend, Rohit Sardana. This incomparable loss cannot be expressed in words. We express our condolences to his family in this hour of grief,”. Multiple news channels have posted similar messages of sympathy.

Rohit Sardana was a well-educated man. He completed his Bachelor of Arts degree in psychology and 2002, he completed he earned a post-graduate degree in Mass Communication from Guru Jambheshwar University of Science and Technology.

Rohit Sardana worked as a copy editor trainee from 2002 to 2003. This was the time he was exposed to various technicalities and practical ways of doing copywriting, anchoring, production, editing and post-production job. While he was learning these skills, Rohit studied how to function as a 24-hour news channel. He worked as an assistant producer at Sahara Samay from 2003 to 2004.

Since 2004, he worked with Zee News as an executive director, news presenter and anchor. He hosted many programs in the Hindi Language. He had also worked with the ETV Network and Akash Vani. Later, he became a senior anchor at AajTak. Rohit Sardana also produced a program named Karmakshetra in which MPs were interviewed and assessed before preparing a final ‘report card’ according to their work during the 2014 Indian General Elections.

Rohit Sardana’s show Dangal was his all-time hit show which was featured in AajTak. It was a debate show and gained a lot of praise. However, the show was also been criticized for demonizing Muslims and encouraging jingoism. He was perceived as being part of the pro-government media establishment in the country and was accused of favoring Prime Minister Narendra Modi and the BJP.

Rohit Sardana’s wife’s name is Pramila Dixit. She was born in Uttar Pradesh’s Kanpur and studied at MVM Girls College. Like her husband, Pramila too graduated in Mass Communication from Lucknow University. Rohit Sardana and Pramila Dixit got married on 29th January 2007. Together, they have two daughters Mitthu and Kashi.

Pramila has worked with the AajTak News channel as a journalist. Apart from it, she loves writing poetry and had also worked as a radio presenter, columnist and blogger. Pramila has conducted many online seminars in the educational field. Her outstanding personality and intellect have gained her many awards to date.

Many Muslim protestors led by a Shia Muslim Group Anjum an-e-Imamia surrounded the AajTak building of India Today in Bangalore in 2017 November due to a controversial tweet by Rohit Sardana. A day before, Rohit Sardana tweeted and asked why the title ‘sexy’ was only put after Hindu goddesses and not any other religious figures. He was referring to women in Christianity and Islam including Prophet Muhammad’s wife Ayesha, Daughter Fatima and Jesus Christ’s mother Mary. When Sardana tweeted, a series of protests broke all across the nation demanding prompt actions against Rohit Sardana.

Some of the important awards won by Rohit Sardana

Some lesser-known facts about Rohit Sardana

Olympic Champion Neeraj Chopra and his Game of Throws in Finland