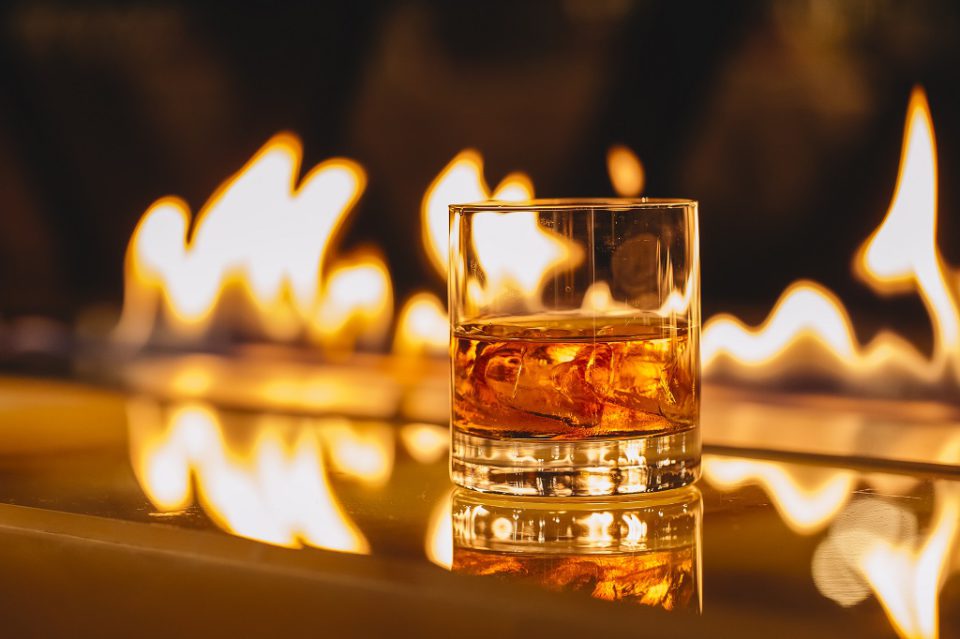 The world of alcohol is too big, but two major types of alcoholic drinks are liquor and liqueur. The liqueurs are very different from any other normal alcoholic drinks. They are known for the flavours used in them like sweeteners, herbs, syrups etc. They are also not aged, infact liqueurs tend to go bad if kept for long after opening the bottle once. However liqueurs are a whole different genre. Today we are here to talk about liquor and more particularly whisky. Liquor has a huge variety in itself like vodka, rum, whisky etc. Furthermore whiskey also offers a wide range of variety on its own. We will come to that, but first let’s give you a masterclass on how you should actually drink your whisky.

How to drink whisky correctly and properly:

Most of us are aware of the fact that whisky had its origin in the Western World and due to the cold climate there, westerners tend to drink much more than Indians. Majority of people here in India, do not drink whiskey properly and hence they keep the whiskey devoid of the appreciation that it truly deserves. And here I am talking about good whiskies and by good whiskies I mean which come with a minimum price tag of Rs 2000 for a 750ml bottle. What we do is that we pour 30ml in a glass, put in ice cubes, soda, water, cold drink or at least one of these add ons and then just gulp it down and make a weird face after that. We don’t drink whiskey for the purpose of drinking whiskey, we drink whisky for the purpose of getting drunk. I have a message for all those people who drink expensive whiskies in this way – “Please don’t waste that bottle by drinking it because if you only want to get high then there are many other options available”.

The correct process is:

You should not rush your whiskey at all. By the process that I have told you, your one 30ml peg should at least last for 20 to 30 minutes at a bare minimum. Never focus on drinking more, focus on drinking good. Food that one eats while drinking whiskey also plays a major role in enhancing the whiskey experience. You can eat anything that you feel like compliments your drinking experience but mind only one thing that the food should not be too salty. Alcohol and salt are both dehydrating in nature and since I have advised you to have your whiskies without water it becomes much more important that you cut down on salt as well. Now that I have given you a masterclass on whiskey drinking, let’s get down to the top 10 whiskies that you should try at least once (if you are a drinker):

Though this list is not in an ascending or descending order, yet I have placed my favourite whiskey on the top. The notion that only scotch whiskies are good, is shattered by the mere presence of Jameson. It is an Irish whiskey and probably the best Irish whiskey in the world. It is so smooth and light that drinking Jameson is just like eating a butter scotch ice cream. The price of the bottle varies between Rs 2300 to Rs 2700 depending on the region.

This 12 year aged, single malt scotch is a true legend. This is the world’s most famous single malt scotch, the top selling single malt in the world and also the most awarded whiskey in the world and it also deserves it. The meaning of the word Glenfiddich is ‘Valley of the deer’ and that is why the beautiful green triangular bottle sports a golden stag on it. This whiskey comes from the speyside region of Scotland. The price of the bottle varies between Rs 4000 to Rs 4500 depending on the region.

This whiskey is such a big name that even the one who has never drank in his entire life knows this name. Black label is one of the most popular and successful scotch whiskies in the world. Though it is not a single malt, who says only single malts are worth it. If you want to define scotch whiskey in 2 words, they will be ‘Black Label’. The price of the bottle varies between Rs 2800 to Rs 3200 depending on the region.

In popularity it is only second to Black Label, in fact Ballentine’s is the no. 1 blended scotch whiskey of South Korea. The journey of Ballantine’s was started in1827 when a gentleman named George Ballantine started selling this whiskey from his grocery store and since then it became so famous that I am today writing about it in a blog. This whisky is a blend of 50 different whiskies and yet always tastes the same. The price of the bottle varies between Rs 1600 to Rs 1800 depending on the region. It can be considered as an entry level scotch for beginners and that too a good one.

Till now we have talked about irish and scotch whiskies, well here is something different for you. Jim Beam is a sweet bourbon whiskey. Jim Beam is the world’s highest selling bourbon whiskey. This is the best entry level bourbon whiskey that you can get. Bourbon whisky is a whisky which is made in the U.S and contains at least 51% corn among its main ingredients which gives the whiskey its signature sweet taste. The price of the bottle varies between Rs 1800 to Rs 2000 depending on the region.

Many people confuse Jack Daniels to be a bourbon whiskey just because it is made in the U.S.A. Well, Jack Daniels fulfills all the criteria of being a bourbon but one. Jack Daniels goes through a filtering process called ‘charcoal filtering’, in this, whiskey is permeated through sugar maple charcoal which provides the whiskey with a sweet, mellow and smoky flavour and gets it the tag of a Tennessee whiskey rather than a Bourbon whiskey. The price of the bottle varies between Rs 2900 to Rs 3100 depending on the region.

You may hate your school teachers but you will definitely love this Teacher’s. This whiskey can become your introductory whisky to smokies whiskies. Journey of Teacher’s whiskey began when Mr. William Teacher started to sell whiskey from his wife’s shop. Though this whiskey is bottled in India, it is made in Scotland and is a proper blended scotch whiskey which is aged at least for 3 years. The price of the bottle varies between Rs 1500 to Rs 1700 depending on the region.

The number 50 in the name of this whiskey does not represent its alcohol percentage or its age. This whiskey is actually related to the emotion of us Indians. Teacher’s 50 was launched to celebrate the 50th Independence  Anniversary of India and hence the number 50. The 50 also represents the malt and grain ratio used in the whiskey that is 50:50. It is a higher variant of the highland cream, where highland cream introduces you to smoky whiskies, Teacher’s 50 takes that smoky experience to another level. The price of the bottle varies between Rs 200 to Rs 2300 depending on the region.

In the world of scotches and bourbons, Amrut is India’s pride in the whiskey world. This has been rated as the 3rd finest whiskey by Jim Murray, it is a Silver Award Winner at IWSC 2016 London, World whiskey of the Year Malt Advocate Whiskey Awards 2011 and many more such achievements are there in the name of Amrut Single Malt. This whiskey has broken the perception that Indian whiskies can only be cheap and filled with molasses. It is called Amrut Fusion because two types of malts are used in it, 75% unpeated Indian malt and 25% peated Scottish malt. Both these malts are distilled and aged separately for 4 years each and then mixed together and further aged for at least 3 months. The reason that it is aged for such a short period is the climate of India, it is neither practical nor financially sane to age a whiskey for long periods like 12 or 20 years in India as a major portion of the whiskey will evaporate due to high temperatures. But it does not affect the quality and taste of this super premium Indian whiskey. The price of the bottle varies between Rs 3700 to Rs 4000 depending on the region.

If drinking Jameson is like eating butter scotch then drinking Laphroaig is like chewing a raw bitter gourd (karela). There are smooth speyside region whiskies like the Glenfiddich and the Glenlivet and there are the smoky monsters of the Islay region of Scotland like Ardberg and Laphroaig. This whiskey is not for everyone, definitely not for you if you are a whiskey beginner. Laphroaig is for people who love smoky whiskies  and have their fair share and experience with advanced smoky whiskies. This is one of the most aggressive and smoky whiskies out there. You will either love it or you will quit whisky after drinking it. The price of the bottle varies between Rs 6000 to Rs 6500 depending on the region.

Drink whichever you want. Just drink responsibly and do not drink and drive. Happy drinking folks!