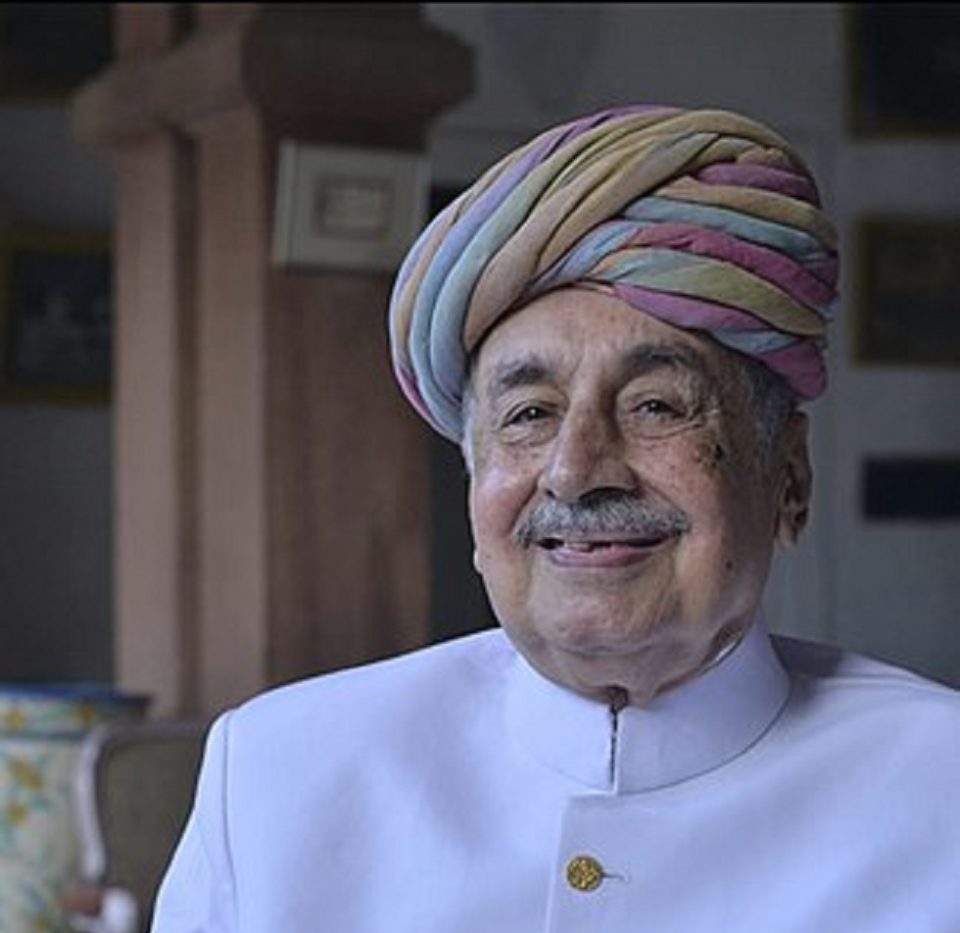 Maharao Pragmulji III of Kutch, born on the 3rd of May, 1936 was the nominal monarch of the Jadeja dynasty of the erstwhile Kutch State. He died on Friday, the 28th of May, 2021. Pragmulji III, the Maharao of Kutch attended Mayo College in Ajmer and Doon School in Dehradoon for his elementary schooling before graduating from The Hindu College of Delhi University.

On the succession of his father, Maharao Shri Madansinhji, and Maharani Bai Shri Rajendra Kunverba Sahib, he had become the natural successor with the title of Yuvraj Sahib on the 26th of February, 1948. He took the name and style of H.H. Maharajadhiraj Mirza Maharao Shri Pragmulji III Sawai Bahadur, Maharao of Kutch, and was seated in the Tila-medi at Prag Mahal Palace, Bhuj, following the death of his father Maharao Shri Madansinji on 17th of October, 1991.

The Ranjit Vilas Palace, Prag Mahal, and Vijay Vilas Palace are royal palaces all of which belonged to the Kings of Kutch and are now private holdings. Aina Mahal, Sharad Baug Palace, Chavda Rakhal, and Darbargadh Palace are some of the dynasty’s additional private palaces, each of which is valued at over 10 billion dollars and holds much more importance than Kutch’s historical legacy and monuments.

The royal family appeared in court for something like a dispute over ownership rights that arose among Maharaja Madansinhji’s sons after his death in 1991. The court, on the other hand, upheld Madansinhji’s will as legitimate, and Pragmulji III was proclaimed the rightful heir of these estates, including some that he converted into luxury hotels.

Pragmulji III lived in Mumbai but also has a home in London, and he frequently visited Bhuj, Kutch to care for his history, and had recently invested money and time repairing and restoring the Prag Mahal and Aina Mahal, that was severely damaged in the Gujarat earthquake of 2001. He was indeed important in the installation of a bust of Khengarji III, his great-grandfather, who created the port city of Kandla in 1930–31, at the office of New Kandla.

After dying of Covid-related difficulties early in the day, the Maharaja of Kutch, Maharrao Pragmalji III, was put to rest in a solemn burial on Friday. He was 85 years old and the nominal head of the Jadeja dynasty, which can be traced back 1,000 years thanks to the rulers of Kutch, who handed the state to the Indian Union in the year, 1948.

The royal couple had no children, and if Pragmalji died without a clear heir, the title could be lost. Both had been infected with Covid-19 three weeks prior and were receiving treatment at Bhuj’s Accord Hospital. Pratapsinh Jadeja, the late Maharaja’s nephew said that Maharani has returned from the hospital and is healing.

The royal family contributed by donating land to refugees from Sindh who arrived in Pakistan following Partition in the port town of Kandla, as well as Adipur and Gandhidham. Maharrao Pragmalji was also the Director (alumnus) of the Sindhu Resettlement Company (SRC) Ltd, which was established for the resettlement as well as rehabilitation of individuals who moved from Sindh to India during Partition in 1947. When his father, Maharrao Madansinhji, died in 1991, Prithvirajji was titled Maharrao and given the name Pragmalji III, according to Pratapsinh.

According to Krutarthsinh Jadeja, the Thakoresaheb of Devpur, a principality of the old Kutch kingdom and a distant relative of Maharrao Pragmalji III, the Maharrao had wished that perhaps the title would stop to exist with him.

However, Pratapsinh believes that a successor can be found because the “gaddi,” or throne, cannot be left unoccupied. “It doesn’t matter today because we’re commoners as well. Pratapsinh’s grandfather, Maharrao Madansinhji, was indeed the last ruler of Kutch.

On Friday, about 200 people gathered at the Ranjitvilas Palace in Bhuj to pay their respects to Maharrao Pragmalji’s body, which was kept in state. On the same day, he was cremated following Covid-19 custom at Bhuj’s royal gravesite, Chhaterdi.

Prime Minister Narendra Modi, who while being Gujarat’s Chief Minister boosted trade, agriculture, and tourism throughout the arid region of Kutch on the Indo-Pak border, also posted on Twitter in Kutchhi, offering his sorrow at the Maharrao’s death.