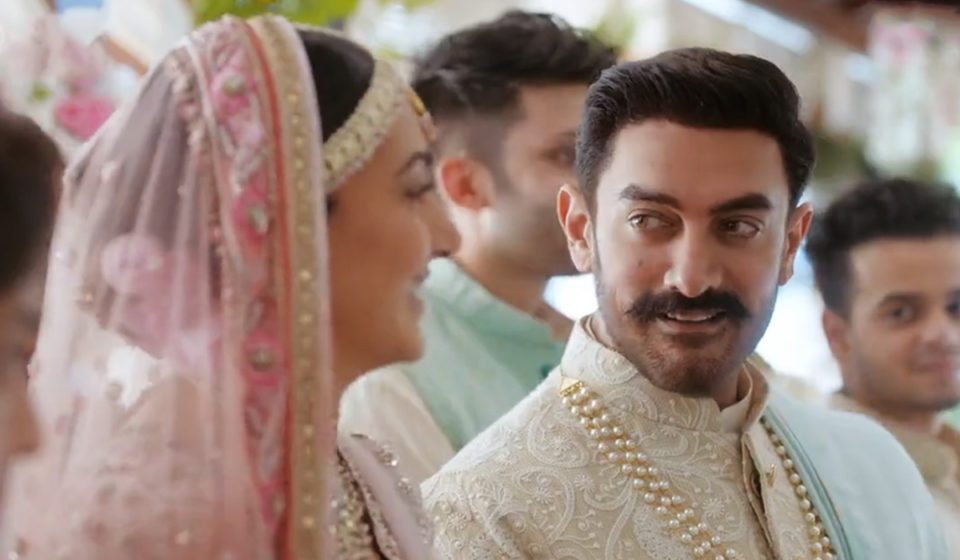 The year 2022 seems to be going rough for actor Aamir Khan. The actor has once again hit the headlineafter the disaster of Laal Singh Chaddha.  An advertisement featuring actors Aamir Khan and Kiara Advani has come under fire online for allegedly hurting religious sentiments. Many on social media have criticised the ad for hurting the sentiments of Hindus.

Now, The Kashmir Files filmmaker Vivek Agnihotri has reacted to the controversy. Vivek Agnihotri took to Twitter and shared the video, slamming the ad and called the makers ‘idiots’. The ad is for AU Small Finance Bank. He tweeted “I just fail to understand since when Banks have become responsible for changing social & religious traditions? I think @aubankindia should do activism by changing corrupt banking system. Aisi bakwaas karte hain fir kehte hain Hindus are trolling. Idiots.

The ad in question is for AU Small Finance Bank. It shows Aamir and Kiara Advani as newlyweds travelling back from their wedding in a car. They discuss that none of them cried during the bidaai (a post wedding ceremony) before they reach their house. It is then revealed that contrary to the usual practice, it is the groom who has moved to the bride’s house to help her in taking care of her ailing father. The groom takes the first step in their new house as opposed to the tradition of the bride doing so. Aamir then appears in a bank and says in Hindi“Why should traditions that have continued for centuries continue to do so? That’s why we question every banking tradition. So that you get the best service.”

Meanwhile, Aamir has been facing the ire of the audience for his old intolerance statements that resulted in negative campaigning against his film Laal Singh Chaddha. The film has now been released on Netflix and has found new lease of life from the audience.