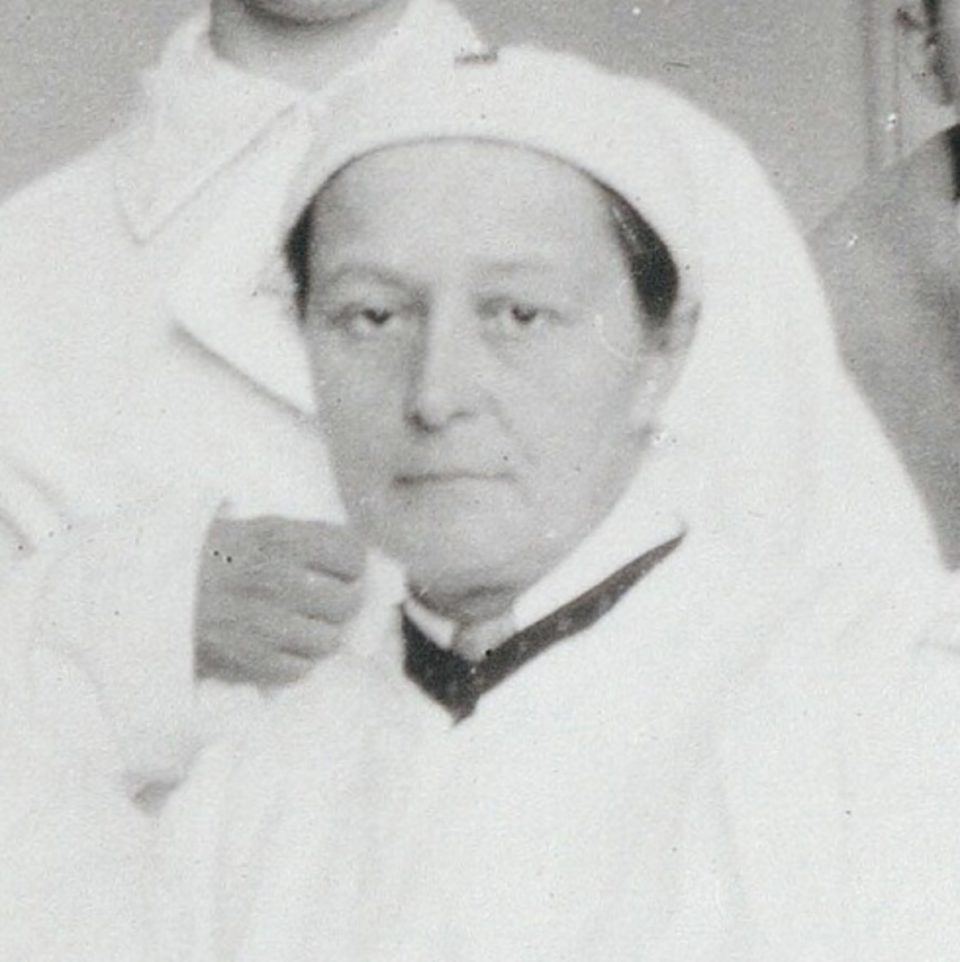 Vera Gedroits was the first female military surgeon and a competent doctor of medicine in Russia. She was also the first female doctor who served in the Imperial Palace of Russia. She was featured in Google Doodle on 19th April 2021 during her 151st birthday. Apart from being called a great surgeon, Vera Gedroits was called the lady of letters. In 1910, she privately published poems and fairytales under the pseudonym Sergei Gedroits. Though, all her work was not fictional. Over the next few years, she published various journals, poems, news columns and stories for famous publication houses.

Vera Gedroits not just challenged medical processes in the early 20th century but also played an important part in the upliftment of international military medical policy. One of Fokina’s hospitals named Bryansk Oblast was named after her along with a memorial plaque in front of the former Tsarskoe Selo palace hospital of Pushkin in Saint Petersburg.

Gedroits was born on 19th April 1870 in Bryansk Oblast, formerly Slobodishche. In the Russian Empire, she is a descendant of Princess Daria Konstantinovna Mikhau and Prince Ignatiy Ignatievich Gedroits. Vera had 5 siblings: Maria, Ignatius, Nadezhda, Sergei and Alexandra. Among all, she loved Sergei the most who died at a very young age. After her brother died, she took a pledge to become a doctor to treat the ill.

When Vera was young, she joined Bryansk’s women’s gymnasium for a brief period but was expelled because of her weird behaviour. With the help of a friend S.I. Maltsev, her father introduced Vera Gedroits to medicine in the form of the family assistant. Because of Maltsov, Vera was once again admitted to the gymnasium and completed her honours in 1885. She continued her studies in St. Petersburg and attended medical courses later.

Apart from studying, Vera Gedroits took part in revolutionary movements as well. In 1892, she was arrested once but got released soon. Because of her involvement in such movements, Vera could not complete her studies in Russia and thus married Nikolai Belozerov for convenience. Though Vera was an open lesbian, she frequently met her husband and traveled with him. With the help of her new name, Vera obtained a passport to go to Switzerland to complete her studies. Meanwhile, Belozerov’s military career took him to Irkutsk in Siberia. In 1898, Vera graduated from the University of Lausanne and received her Diploma in Doctor of Medicine and Surgery.

After Vera received her diploma certificate, she started working as an intern in the therapy clinic and became a junior assistant to Roux. She became senior assistant after a few days and was offered a new post of Privatdozent but was forced to return after her father pleaded with her to help Vera’s mother recover from nervous exhaustion. She returned to Slobodishche in 1900 and was hired by Maltov Cement factory as a plant physician. Till 1901, she had performed around 248 surgeries with minimal fatality patients. Though, she was more concerned about the worker’s overall health due to the unsafe environment in the factory. She made many recommendations to the factory administrators like providing patients with hot meals, cleaning well and washing tubs.

Alongside treating patients, Vera Gedroits published many scientific journals in Russian Medical Journals which were further reprinted in different languages. She also presented a report on performing surgery on a patient with deformation in hip joints in the Third Congress of Surgeons. After her treatment, the patient was able to walk without using crutches. But to practice medicine in Russia, she was required to have medical certifications despite her Swiss degree. She was closely watched by the Russian police after her involvement in the revolution in her college days and thus, required to have a character certificate to appear for the medical exams. In 1903, she passed the test and earned the title of a female doctor who could practice medicine in Russia. This was the same year she wanted to put an end to her life!

She volunteered to help the Red Cross during the Russo-Japanese War in 1904 and treat thousands of patients. She was appointed as the chief surgeon during the war and could penetrate abdominal wounds without using anesthesia. Vera Gedroits was the first doctor to perform laparotomies on military patients and her success rates were quite high. While the Russian military defended their country, Gedroits helped in organizing hospital evacuation from the Fushun Mining region that was under gunfire. She saved the Chief-of-Staff of the Imperial Russian Army and the Japanese Prince. When she returned, she was appointed as the chief doctor in Lyudinovskaya Hospital and was honoured for her contributions during the war.

After getting divorced in 1905, Vera Gedroits restored her maiden name and published many journals and scientific papers under her name. Vera used her battlefield experiences along with Swiss education to serve communities and modernize European standards. She expanded the facility and equipped it with enhanced surgical instruments. Instead of using anesthesia for surgeries, she promoted the use of ether and acquired apparatuses like x-ray machines and special clothes for the parents.

With the World War II outbreak, Vera Gedroits worked on equipping the hospitals and preparing doctors’ teams for treating the wounded patients. Being an employee of the Tsar, she could not openly support the Russian Provisional Government during the February Revolution in 1917 but she remained neutral and honoured her friendship with the royal family. She worked as a military doctor and became chief physician for the sixth Siberian Rifle Regiment. She served many wounded in the Battle of Galicia and in 1918, she got severely injured during demobilization after the October Revolution. She was taken to the military hospital in Keiv’s Pechersk.

After she recovered from the injury, Vera moved with Countess Nirod and was with him for the rest of her life as a married couple. She wrote poems that reflected on her wartime experiences. Afterwards, she started working in the Intercession Monastery and established a clinic where maxillofacial surgeries were performed.  She started teaching how to perform pediatric surgery and became a professor of medicine in 1923. She wrote a book on pediatric surgery, oncology and endocrinology alongside participating in surgical conferences. She was made departmental head of surgery during the Soviet purge but was removed and denied pension. She used the funds she had saved to buy a house on Kiev’s outskirts and continued working for Intercession Monastery hospital along with writing for the next few years.

How did Vera Gedroits die?

Vera Gedroits was diagnosed with womb cancer in 1931 and died after one year at an age of 61. She was buried by one of her patients in Savior-Transfiguration Cemetery by Archbishop Ermogen. A collection of personal letters, which Vera Gedroits wrote and received over the course of her life, was left in the home of Irina Avdiyeva, her neighbor. During the purges of 1938, the neighbour’s house was raided, and a few papers written by Gedroits were discovered.

What is the Difference Between Lok Sabha and Rajya Sabha: Indian Parliament 101