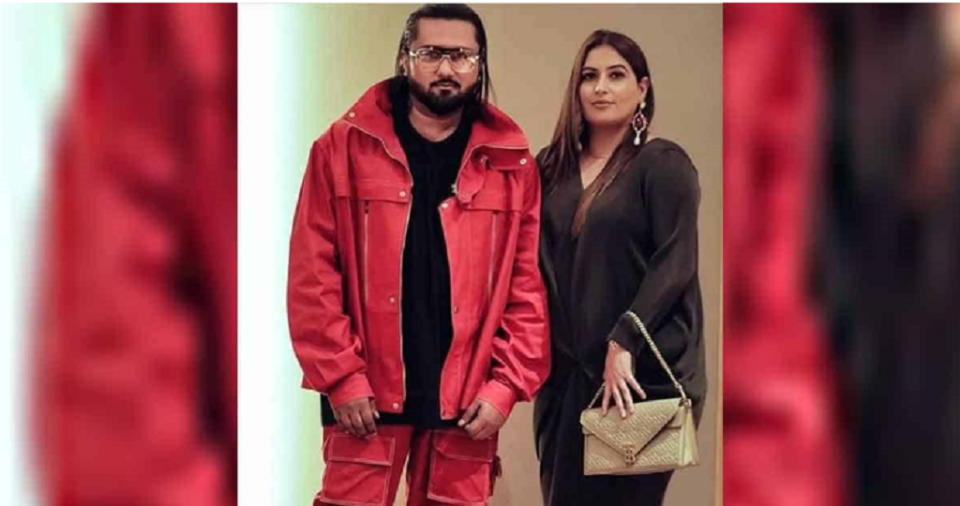 Honey Singh is married to Shalini Talwar Singh. He introduced his wife for the time during a television show India’s Raw Star. Honey Singh disappeared from the Indian music screens in 2014 before he made a comeback after a year. However, he avoided media completely. In 2016 March, Honey Singh admitted his disappearance and the reason behind it to the public i.e., bipolar disorder.

Earlier this week, Honey Singh wife Shalini Singh filed the Domestic Violence Act of 2005 against the rapper under section 12 of Protection of Women. The petition is 118 pages long with many charges against Honey Singh and his parents. She accused her husband and gave details of incidents dated back to 2011 when the couple had gone on honeymoon in Mauritius.

Shalini accused that her husband used to torture her emotionally, mentally and sometimes physically. Some of the major highlights of allegations made by her include alleged extramarital affairs, physical violence and refusal to accept marriage in public. The allegations made by Shalini Singh also includes sexual assault at her made by Honey Singh father.

Honey Singh aka Hirdesh Singh was born on 15 March 1983 at Hoshiarpur in Punjab. He is a Sikh by birth and has studied in Trinity School in the United Kingdom. A few years later, he along with his family moved to Delhi.

Honey Singh career started in 2003 as a recording artist. He became a Hindi music and bhangra music producer eventually. Later, he gained popularity with music composes and Bollywood songs. He also made his independent music albums and videos. Today, Honey Singh is one of the highest-paid and successful music artists in India.

Honey Singh loves singing Hindi and Punjabi songs with raps in them. Till 2012, he was reported to be the highest-paid singer in Bollywood after he received $7 million for songs in the film Mastan and Cocktail.

In 2012, Honey Singh led the music video charts. He was also seen in the YouTube top 10 trending video’s list. One of his songs ‘Brown Rang’ made him reach the top position while ‘High Heels’ made with Jaz Dhami scored him fourth place.

Earlier this week Shalini Singh filed the Protection of Women from Domestic Violence Act, 2005 against Honey Singh. The law provides Indian women with relief from abuse and domestic violence significantly.

The Protection of Women from Domestic Violence law was constituted on 26th October 2006 by the Ministry and Government of India. The Act enforced is a form of civil law that seeks to protect victim’s seeking relief from domestic violence. Initially, the Act was named ‘domestic violence under the Indian law. The Act further broadens the domestic violence definitions not limited to physical violence only but also related to mental, emotional, economical and sexual abuse.

Under Section 12 of the Act, the person believing that they have become a victim of domestic violence can file a complaint to the Magistrate seeking relief from abuse. The application of the Act can be also be filed by a Protection Officer and a person who acts on behalf of the victim’s party.

After an order is passed on the application, the Magistrate has to consider domestic incident reports received by the service provider or Protection Officer. The Magistrate can dispose of the matter within 60 days of the first hearing. The person accused may be asked to “pay monetary relief to meet the expenses incurred and losses suffered by the aggrieved person and any child of the aggrieved person”

As mentioned earlier, Shalini Singh filed the Protection of Women from Domestic Violence Act against Honey Singh and claimed 10 crores in return. She provided several pieces of evidence that proves domestic abuses perpetrated against her by Honey Singh and his family. Honey Singh has been ordered not to make new third-party rights in their jointly held property in Noida. He cannot dispose of any of his wife’s belongings or jewellery.

Apart from a lump sum, Shalini Singh requested a monthly rent of 5 lakhs in front of the court so that she could maintain her fully furnished house in Delhi. She seeks to live independently, not relying on her widowed mother. Honey Singh has not yet made any comments regarding Shalini Talwar Singh’s allegations.