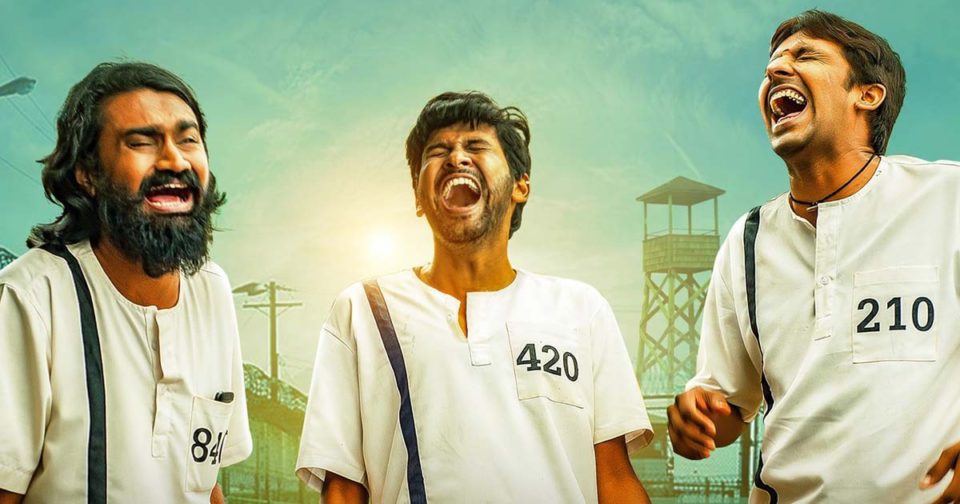 Jathi Ratnalu has earned a craze that does not fall short. Naveen Polisetti, Rahul Ramakrishna, and Priyadarshi, who entered the ring with the target of making the audience laugh as ‘Jatiratnas’, were very successful. The 2021 Indian Telugu-language comedy-drama was able to earn ₹8.1 crores on its opening day! It even garnered a rating of 7.6 out of 10 for IMDb.

The film is directed by Anudeep KV and stars Priyadarshi and Rahul Ramakrishna in the lead role along with Naveen Polisetti, who has earned a good reputation with agent Sai Srinivasa Atreya. Produced by Nag Ashwin, the team paid special attention to the film’s promotions and created hype through the teaser, trailer, and Chitti Nee Navvante song.

Jathi Ratnalu Movie Review: Why Is It A Success?

Srikanth’s father runs the Tanikella Bharani Ladies Emporium and wants to set his son in the same profession. However, Srikanth, disgusted with the profession due to the words of those around him, left for Hyderabad in his old Maruti 800 car with the hope of getting a job in two months. Knowing this, his two friends Ravi and Shekhar also reach Hyderabad to accompany him.

Somehow they rented an apartment in a luxury area of  Hyderabad in their naughty guise. Soon, the main man Srikanth falls in love with the heroine Chitti (played by Faria Abdullah) flat next to theirs. However, the real twist in the film is that the three friends are imprisoned as convicts in the assassination attempt on Minister Chanakya (played by Murali Sharma).

The whole plot of the movie Jathi Ratnalu revolves around how these three get out of this case.

Did these guys from Jogipeta come to Hyderabad just to be 3 trouble makers? Well, the director left the title song ‘Jathi Ratnalu’ as the first song and showed the mischievous deeds done by Srikanth, Ravi, and Shekhar in Jogipet for this very reason!

The trio, who are looking for a job in Hyderabad to save face added their well-timed comedy to the journey and brought the scenes to life. The scenes acted out by Naveen Polisetti during the job hunt were hilarious. The movie Jathi Ratnalu cultivates a hilarious comedy with three friends throughout and makes the audience burst into laughter, often.

All in all, Jathi Ratnalu was just driven by comedy scenes without getting the audience bored anywhere.

However, the comedy takes a turn with the assassination attempt on Sports Minister Chanakya. Throughout the second half, the film was brought forward with goofy scenes by making jokes even in serious scenes with the aim of doing comedy anyway. Balwant Chowdhury (Brahmanandam), who was sitting in the judge’s place in the court scenes, cultivated his trademark comedy which was a bit of a plus for the second half.

In terms of acting, it can be said that Naveen Polisetti slightly looked fake. Rahul Ramakrishna, the director who gave the screen space to Priyadarshi on par with him. But the dialogues narrated by these three with the entire Telangana accent of the film impressed the youth.

All in all, the one liner punch dialogues exploded well and the movie Jathi Ratnalu pulled well enough in the second half, bringing the feeling of being forced into a seat.

The background score given by Radhan and the music brought fresh feelings. It has to be said that Radhan has shown his work so that every audience of all ages can get involved in the film.

Siddam Manohar’s cinematography is very good and took all the 3 boys and the audience on a fun ride. However, the editing is very poor as at some point the scene seemed to jump in the middle without being completed.

In conclusion, the movie Jathi Ratnalu which literally translates to Jewels of the Race tells us through hidden comedy that if we do our work well, then there will be self-respect in it’, making the message perfect for generations of all ages.

The comedic timing of Naveen Polisetti and Rahul Ramakrishna’s dialogues and the single line punches written by them were the highlights of this movie.

Throughout the film, Naveen Polisetti shrugs his shoulders. It is natural for the average viewer to become emotionally connected to the character by showing heroism in innocence. Despite Naveen dominating the screen, Rahul Ramakrishna impressed audiences by acting in such a way as to maintain his presence.

Murali Sharma, Moonlight Kishore, and Brahmanandam also appeared to give us a few laughs. Kirti Suresh shined in the guest role.