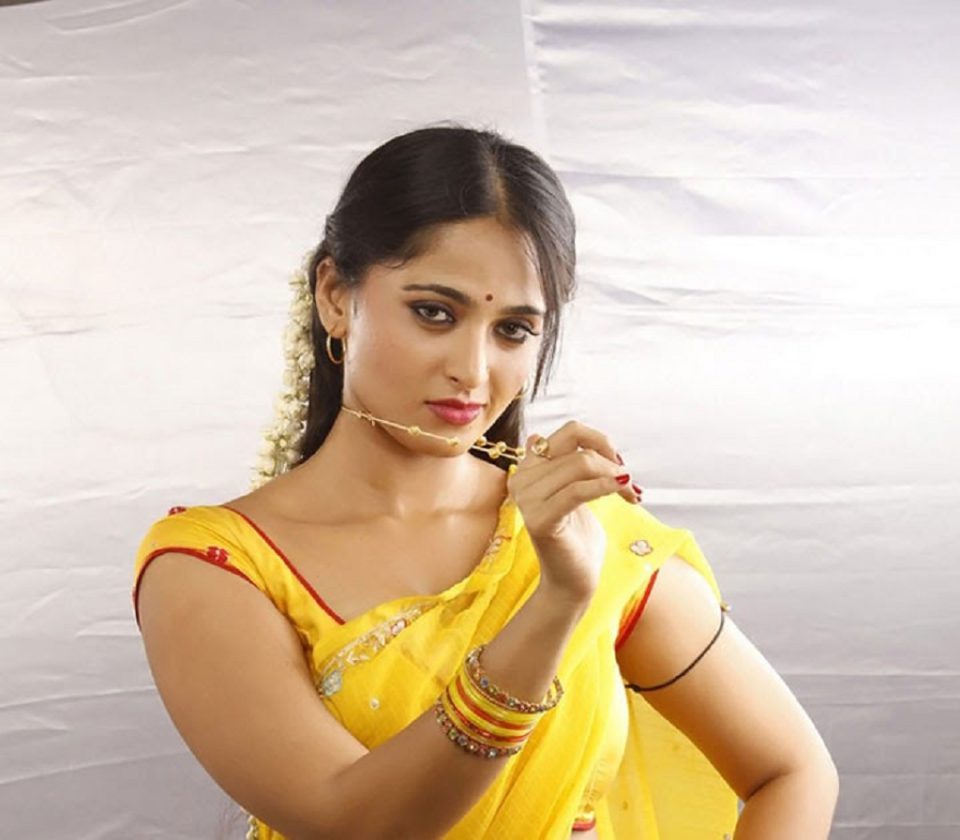 Anushka Shetty is a very well known actress of South Indian cinema. In North India, she was only famous among the south cinema lovers. But the release of the movie Bahubali made her a worldwide sensation. She played the role of ‘Devsena’ and absolutely nailed it as the mother of Amrendra Bahubali. Anushka comes from a very humble family background, lives a simple life and she is also quite a meek woman. Her estimated net worth is about $ 5 million. And at the age of 39 years she is one of the very few actresses of South Indian cinema who are successful and relevant in the industry even after reaching the age mark of 35 years. But, in spite of all she has achieved, the beautiful actress has never let success get to her head. She is pretty, bubbly and smart. Due to her humble attitude, she has become one of the most respected actresses in the Telugu film industry. That is enough of the background info, so let’s dive into some facts that I bet you didn’t know about Anushka Shetty:

1. Never wanted to become an actress:

Hailing from a Tulu family, Anushka never even dreamed of becoming an actress before she was selected in an audition conducted by the noted director Puri Jagannadh. She graduated from Mount Carmel College. Stars like Deepika Padukone, Anushka Sharma and Mamta Mohandas have also studied in the same college. During her college days, Anushka met Bharat Thakur for a meditation workshop called “Tapasya”, though she was not interested in the workshop, she attended the session for the sake of her father. After her graduation, she used to teach third standard kids.

Well trained by the spiritual teacher Bharat Thakur, Anushka chose yoga as her preferred profession. She used to conduct yoga sessions in Mumbai. Anushka Shetty in an interview said that the Yoga teacher phase of her life was the most memorable phase of her life. As she came from a family of doctors and engineers, it was a brave decision for her to choose such an unconventional career. But that decision of her to choose yoga has changed her life and is responsible for everything since then.

While she was busy with her Yoga classes, Director Meher Ramesh noticed her and recommended her to Director Puri Jagannadh for his upcoming project “Super” starring Nagarjuna. Anushka was selected in the audition and became one of the two female leads of the movie. The other one was Ayesha Takia. With her debut film only, she was nominated for the Filmfare award for the best supporting actress (Telugu). Though the film did average business at the box office, the gorgeous diva had been roped in opposite Sumant in the Samudra directorial film “Mahanandi” in the same year. And Mahanandi was a complete disaster.

Anushka had packed all her things and was ready to return to her hometown, after performing in two films, Super and Mahanandi, both of which did not perform well at the box office. But a phone call from the legendary director S.S. Rajamouli changed the course of her entire career. She got her major break in 2006 with the movie “Vikramarkudu” starring Ravi Teja. That phone call was a life changing moment for her because it was a blockbuster hit and Anushka had garnered much praise for her portrayal of Neeraja Goswami.

After Vikramarkudu was released, she never looked back and starred in several hit films like ‘Lakshyam’, ‘Don’, ‘Souryam’, ‘Swagatam’ and ‘Chintakayala Ravi’. The yoga beauty made a solid impression in all these films, winning excellent reviews for her performances. Anushka has enjoyed bigger success with the milestone film ‘Arundhati’. Film goers got to see a different side of the actress as she tried dark fantasy horror for the first time in her career in 2009. Arundhati was not just a box office money spinner, it is reportedly the highest grosser of all time in her career (until Bahubali) with sales of more than 40 crore rupees. Since then she immediately materialized in film makers’ minds who desired to make films with powerful female protagonists.

Some of her hit films include ‘Nagavalli’, ‘Billa’, ‘Mirchi’, ‘Vedam’ and many more. And since Rajamouli’s magnum opus Bahubali enchanted the box office only since the get go. The Prabhas and Anushka starring film was an all out spectacle earning itself widespread acclaim. The fantasy action drama earned an earth shattering 2000 crores, raising the course along the way. Her recent film ‘Bhaagamathie’ was the first female oriented south Indian movie to cross $ 1 million at the U.S.A box office. But Bollywood eventually ruined it with a remake.

Standing at 5 feet 9 inch, Anushka Shetty is one of the tallest actresses in Tollywood. The gorgeous actress and yoga teacher has featured in over 32 films so far. At the peak of career, the actress had 23 movie releases in just five years, and this included her three special appearances in ‘Stalin’, ‘King’ and ‘Kaidi’. Her most memorable role was as Jejamma in the movie Arundhati.

8. Her real name is not Anushka:

Yes! You read it right. Anushka Shetty is not her real name. Her real name is Sweety. There is a reason why she renamed herself, actually she felt embarrassed when everyone was calling her Sweety on the sets of her debut film Super. After referring to a lot of books and novels, she named herself Anushka. According to Anushka, it took her almost a year just to get herself to respond to the name. Her mother tongue is Tulu, she speaks with her mother in Tulu and in English with her father and brothers.

To give a realistic feel to her character, she took it as a challenge to put on weight instead of wearing a fat body suit.

Anushka has the habit of collecting newspapers related to calamities. She also likes to write poems in her scrapbook in English as her mother tongue Tulu has no script. She revealed in an interview that she is in a relationship with someone and is trying to end it in marriage. Anushka is the actress who has won the highest number of awards in tollywood.

Lastly I would only like to say that Anushka aka Sweety is the sweetheart of the South Indian film industry and a top heroine. Anushka is often known to be seen with little or no make – up, unless it is a promotional event which does require a bit of toning up. Her thick hair in soft waves, complements her glowing and dewy skin every single time. And we know why make – up isn’t the slightest requirement for this woman, it’s her million dollar smile that fans go crazy over and her yoga practices seem to be the reason behind her timeless beauty.